Consider the Simple program given below.

The Output of the Program is Shown Below

The task is to get the output shown below without making any change in the "C Program".

The idea is to assemble the C Program into assembly file and make changes there. To learn step by step compilation of C Programs in Linux please visit my previous post. I have shown the process in the below.
The gcc -S a.c will give you the assembly file a.s. The assembly file is shown below. 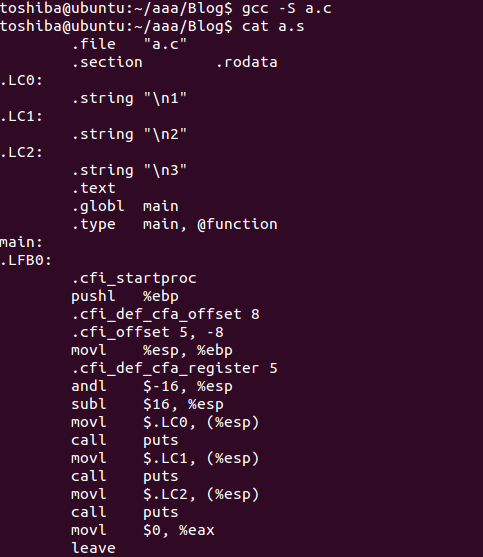 This Post also gives you an idea about optimizing C Programs by making changes in the Assembly language file.
Posted by Deepu at 05:52

Email ThisBlogThis!Share to TwitterShare to FacebookShare to Pinterest
Labels: C, C PLUS PLUS