The Recursive solution for the Tower of Hanoi problem has been discussed in another post. Here I am discussing two non recursive algorithms to solve the problem.

Figure Below Shows the Output for 3 Disks 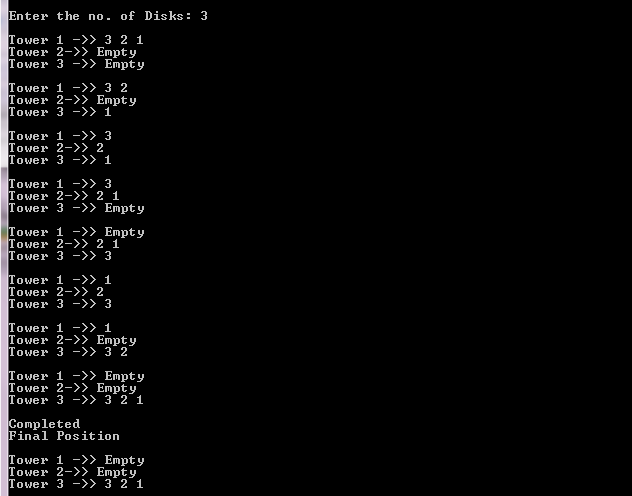 Disk positions may be determined more directly from the binary representation of the move number. The following rules are used to find the moves.
Figure Below Shows the Output for 3 Disks